Jordan – Country of the Biblical Stories

Country of Biblical stories, lost cities and Lawrence of Arabia, Jordan is a magical and untouched country simply imbued with romance and mystery. If it was located in any other part of the world, Jordan would be crowded with tourists. But a rich source of stunning locations is at the same time the cause of isolation of this country. The dangerous and unstable reputation of the Middle East keeps everyone out but the intrepid travelers eager for adventure. But Jordan itself is a very safe, peaceful and friendly country. 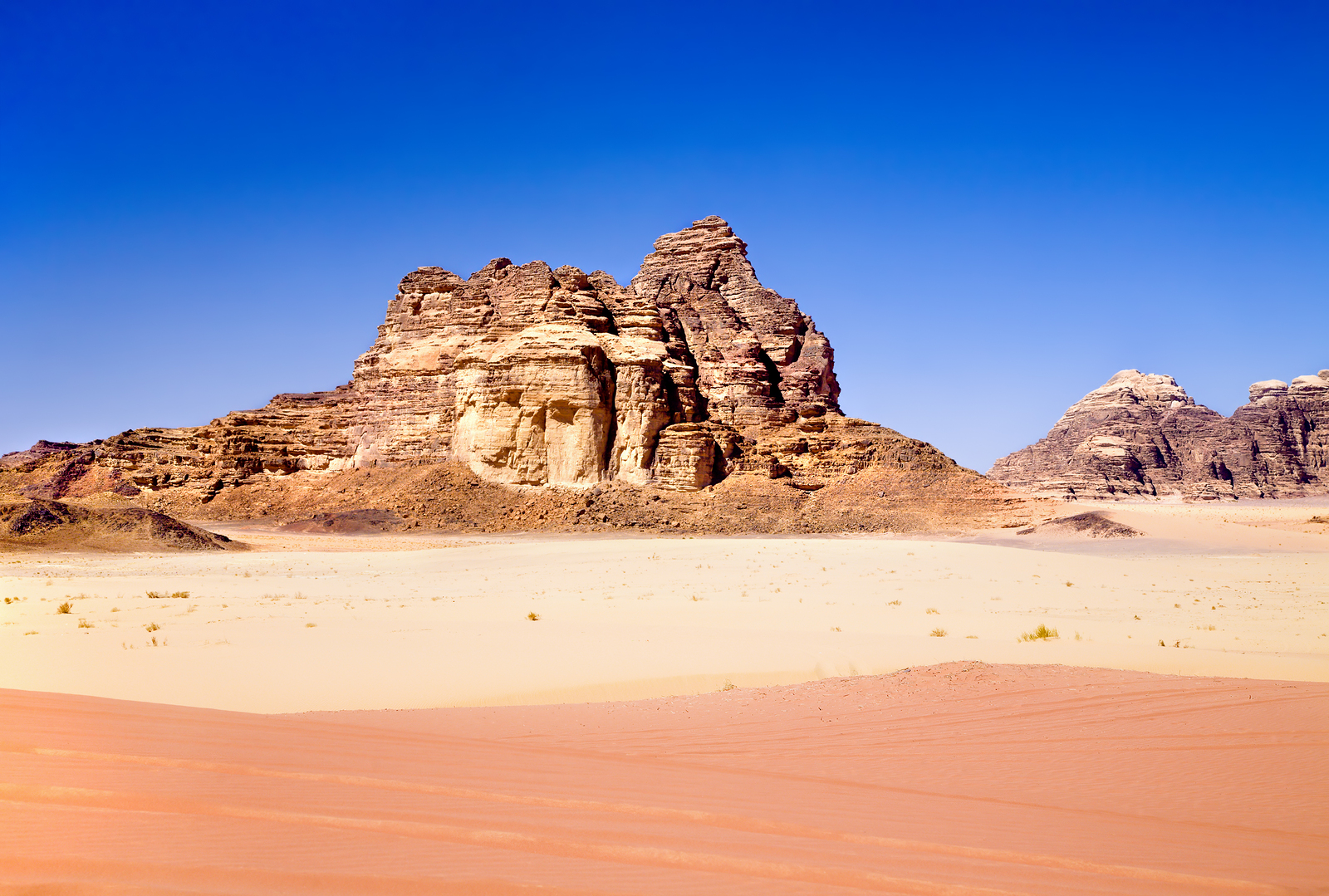 Options of Jordan would become huge with restoration of the regional peace, and tourism could become one of the most important elements in the economic recovery of the country. Despite being a small country, Jordan has always been at the heart of dominance in the Middle East, because it lies at the crossroads of what Jews, Christians and Muslims call the Holy Land. However, this is what attracts so many visitors. Jordan is home to cities that have been successful well before the birth of Christ. You can walk the same roads mentioned in the Old Testament, the landscape that had not changed much in the last 2.000 years. Visit the lost city of Petra, considered the eighth wonder of the world or watch chariot races at the restored Roman Hippodrome in Jerash. Stand in the place where John baptized Jesus in the River Jordan or follow the steps of Lawrence of Arabia, from his headquarters at Azraq the wild pink desert Wadi Rum, also known as the Valley of the Moon. When to travel? Climate of Jordan depends on the part of the country where you settle. Jordan Valley lies below sea level, which means it is warm during the winter but during the summer incredibly hot and stuffy. The area of ​​the plateau, on the other hand, has occasionally snowfall during the winter months. Amman is quite cold in winter. All in all, Jordan is a country in a desert and as such has a typical desert climate. What to visit? 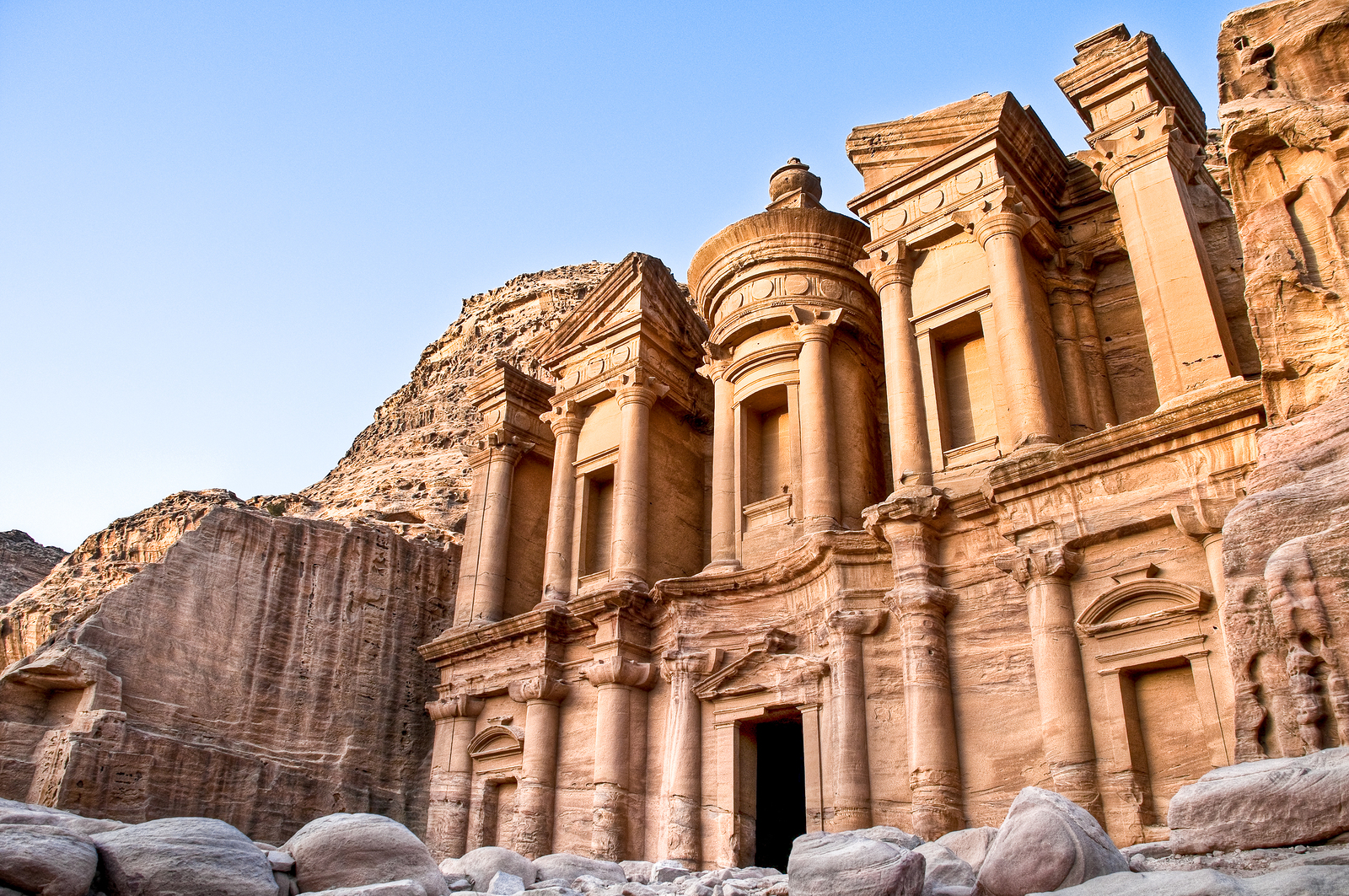 Petra - symbol of the culture of Jordan, city of Petra is rich in beautiful monuments, over 800 of them, which are a legacy left by Nabataeans. The city is distinguished by its unique architecture, carved into the rocks and its impressive water tunnels. Spectacular summary of temples, tombs, baths, streets and interesting buildings with colonnades, are remnants indicating the picture of once abandoned the bustling city center. 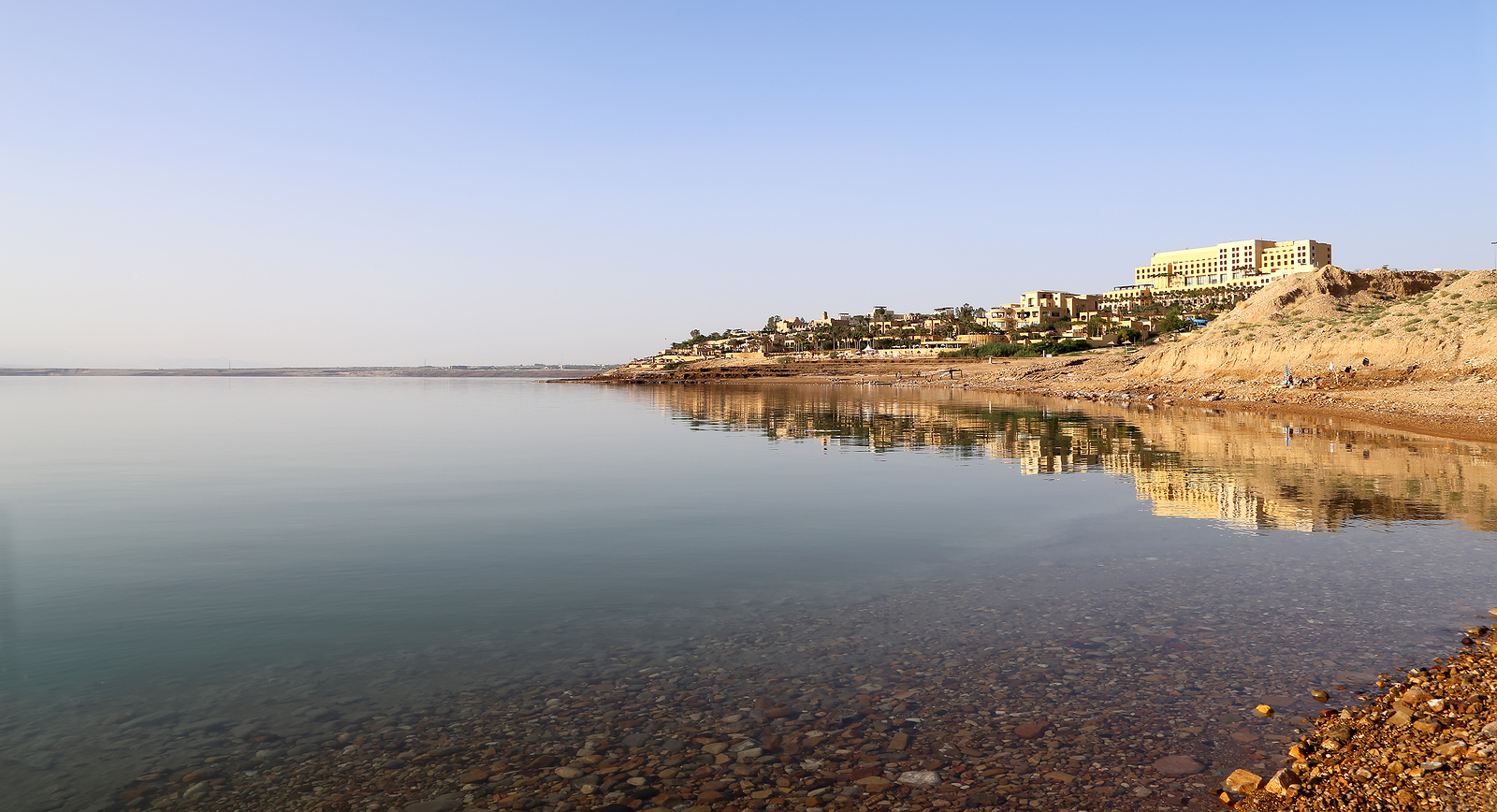 Dead Sea - Dead Sea is a closed lake in the Middle East, located 420 meters below sea level and it is famous for its extremely salty water. With ten times higher concentration of salt than the typical sea water, the lake is almost completely lifeless, which is the reason for its name. The Dead Sea is a natural phenomenon, closely linked to the history of the people who inhabited this region for centuries. 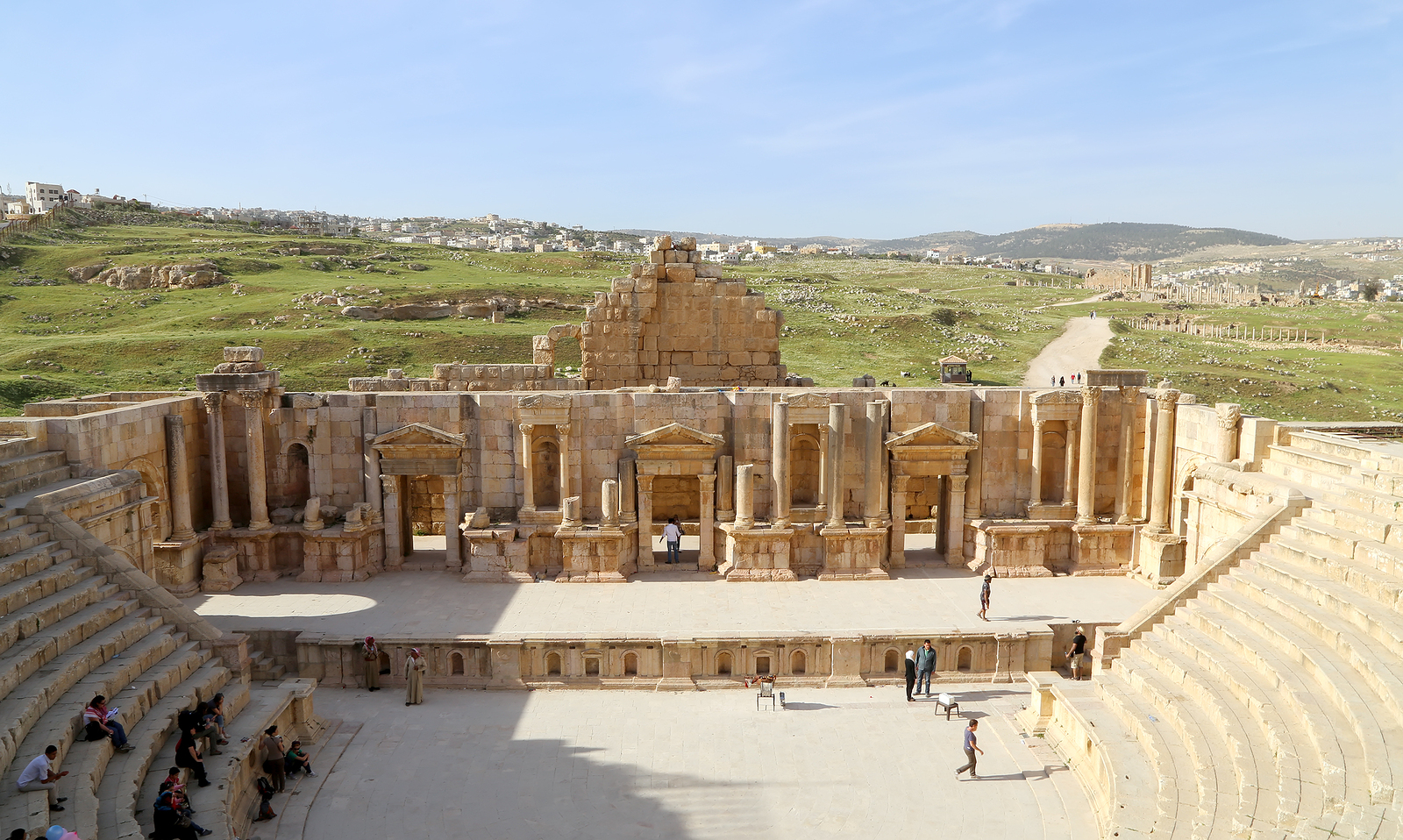 Jerash - Ancient Town of Gerasa is one of the most intriguing destinations in Jordan. It is located 48km north of the capital Amman and known as one of the best preserved Roman cities on the planet. It is believed that it was first inhabited 6.500 years ago and served as one of the ten major cities of the Roman Empire - Decapolis